The smartphone camera is better than ever. Many new research has been done so far since the launch. Digital cameras have given freedom to people by rotating digital cameras. There are many good camera quality phones in the Google Pixel 3XL to Apple iPhone Xs in the market, but their price is that many users can not afford it. However, there are many phones which are of very low price and their camera is also good. In this post we are telling you about upcoming smartphones coming up to Rs 15,000 which comes with good camera quality.

Radmi Note 7 Pro: This is the first phone that was offered by 48-megapixel sensor. This uses the Sony IMX586 czer. It's a great upgrade compared to any other Redmi Note series. At the same time, the secondary sensor is 5 megapixels. It works for intense sensing and background ambiguity. Besides, the 13-megapixel AI front camera is available for self. Up to Rs 15,000, it is priced at Rs 13,999 with 4 GB RAM and 64 GB storage variant.

Realm3 Pro: It has a dual rear camera setup. Its first sensor is the 16 megapixel (IMX519 sensor) and the other 5 megapixels (GC5035 sensor). Photos can be good enough in this release. The photos come with detailed details. It comes with Ultra HD mode which is capable of taking up to 64 megapixel images. At the same time, a 25-megapixel front camera is also provided. Its 4 GB RAM and 64 GB storage variant will cost Rs 13,999. 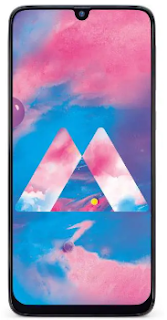 Samsung Galaxy M30: A triple rear camera is provided in the phone for photography. Its primary sensor is 13 megapixels, its aperture is F / 1.9. The secondary sensor is a 5 megapixel deep camera, which is aperture f / 2.2. At the same time, the third is the 5-megapixel third ultra-wide angle sensor, in which the aperture is f / 2.2. At the same time, a 16-megapixel front camera has been provided. Illustrating images can also take up more lighting. Its 4 GB RAM and 64 GB storage variant is priced at Rs 14,990.

Asus Genfon Max Pro M2: Has a Dual Rear Camera Its primary sensor with F / 1.8 aperture is 12 megapixels. This is the Sony IMX486 sensor. At the same time, the secondary sensor is 5 megapixels. To speak a front camera, it has a 13 megapixel sensor. Only natural photos can be taken from this phone. Its 4 GB RAM and 64 GB storage variant costs Rs 14,999.

Please do not enter any spam link in the comment box.